On May 7th, 2019 the city of Baltimore was hit by a ransomware attack.  Although the city hired Microsoft and five other firms it has not fully recovered from the attack yet.(1)

Since the city’s email system was down officials started to use Gmail accounts for communications.(1)(2) This makes sense in the case of an emergency. Not communicating in the case of a publicly visible cyber-attack commonly has a large financial impact on businesses; but in the case of cities this may result in the loss of public security.

The ransomware attack on Norsk Hydro on March 19th, 2019 impressively shows the effect of good communications(3)(4): Investor’s confidence was not endangered at any time, the share price remained unchanged.

But from a strategic point of view, just moving to the whatever cloud is not a good idea. Google’s idea behind ChromeOS was simply clever: If everything (applications and data) is stored in the cloud the impact of e.g. ransomware will be negligible because the malware cannot jump across the https barrier to your cloud storage. The same holds for O365.

Unfortunately, users are not used of this way of working in the browser. It’s often slow, requires a change in working habits, travelling requires extra preparation, etc. So, Microsoft invented OneDrive and Google came up with Sync for Windows. Similar tools are available for Box and DropBox, and for all desktop operating systems, even for Linux. 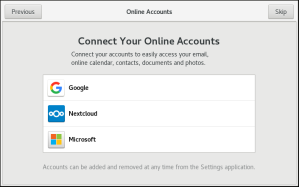 So, if you want to take advantage of the cloud you have to run a vast change project: The whole working environment with all forms, templates, etc. must be provided in the cloud. And the employees must get used of the new way of working.

But the effort pays off: Your network becomes more resilient against cyber-attacks, workstations can be easily exchanged, the endpoint complexity can be reduced, windows domains and in the end, the campus network, will become dispensable.

So, think before you sync!

Have a great weekend.

The Report ‘Research shows enterprises leaking shadow data to the cloud’ by Rob Wright is absolutely worth reading:

The results from a review of about 100 million files from approximately 100 different companies are really alarming:

‘185 files on average are shadow data — data that is uploaded to cloud services such as Dropbox or Google Drive — which has been broadly shared without approval via cloud services with either the entire enterprise or people outside of the company. Worse, 20% of those broadly shared files contain compliance data, with 56% of that compliance data being personally identifiable information such as social security numbers, 29% being personal health information, and 15% being payment card information.’

But the assumption that employees share sensitive information unknowingly, is in my opinion unrealistic. Employees use Dropbox or Skydrive to simplify their daily work!

IT groups must implement appropriate measures to support the business strategy regarding BYOD, e.g. block Dropbox or Skydrive and provide effective and easy to use means for communication with external Partners.

to find some peace of mind for reading the White Paper.

How To Prioritize Yourself—a smart path to life and love.

Read, think more and Act on what you read