Windows 2008 Server End of Life is near. Within the next months many companies are busy with the replacement of Windows 2008 based infrastructure and application servers to avoid the next Wannacry or NotPetya.

It appears to me that this is the best opportunity to migrate at least application servers to the cloud. And, in the best case, to get rid of the servers at all by transforming the application to SAAS. If technical or the organizational limitations do not allow this at least the transformation to PAAS and IAAS should be considered.

Transparent database encryption (TDE) is often the matter of choice. All encryption is performed transparently by the database service, with no impact on the application and the users because only the database files or critical attributes in tables are encrypted. User interaction is required only during database startup to activate the encryption engine.

Unfortunately, TDE provides only encryption at rest. Thus TDE stops infrastructure admins from using unauthorized copies of a database or a virtual database server because they cannot activate the encryption engine. Once the database is started all users and database administrators have access.

As long as the access is not routed through the application server the data are accessible for no one. Even infrastructure or database admins are barred unless they have access to the encryption key.

The security problem is shifted towards that of operational security of the application server. A solution to this problem could be to encrypt the data in the database with a key that is encrypted against the users access keys. This ensures that the encrypted data cannot be decrypted without access to at least one users key.

The remaining risk is that an attacker reads the keys or the plain text data from the process memory of the application service.

The effort to implement application level encryption is high because the application has to be changed. In addition, a key infrastructure must be set up to avoid data loss in the case a user key is e.g. inaccessible. But the gain in information and operational security is high.

The pros and cons of the encryption concepts in summary.

With Application Level Encryption, outsourcing or cloud adoption is made easy.

Report “China hacked a Navy contractor and secured a trove of highly sensitive data on submarine warfare” (1) published on 8 June 2018 in the Washington Post is really worth reading.

Attacks on the supply chain have become more common in recent years. Contractors are e.g. used as gateways to the customer network or customer information is exfiltrated from the contractors network.

Under normal conditions this is not critical. But when it comes to national security matters, e.g. in product development for defense agencies or for critical infrastructures, this may end in a catastrophe.

At least 614 GB of data were obviously not properly classified since “highly sensitive data related to undersea warfare” was stolen from the contractor’s unclassified network.

It is always good to remember Aristotle’s proverb “The whole is greater than the sum of its parts” when it comes to classification of information.

Have a great week.

Blockchain technology is a digital platform for applications where seamless traceability and full transparency is required.

For example, in pharmaceutical industry blockchain could give full traceability of drugs across the entire supply chain up to the patients.

Another interesting application is mobile voting. From the Brookings publication “How blockchain could improve election transparency” (1) on the use of blockchain for internet voting in the West Virginia primaries in May this year we learn that “all data of the election process can be recorded on a publicly verifiable ledger while maintaining the anonymity of voters, with results available instantly”. 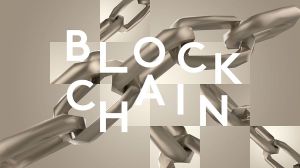 Picture By Davidstankiewicz, for details see below (5)

Unfortunately, every software has bugs. On May 28th, 2018 Swati Khandelwal reported in “The Hacker News” about a remote code execution (RCE) vulnerability in the blockchain-based EOS smart contract system (2).

If an attacker exploits this RCE he could destroy the integrity of the entire system:

“Since the super node system can be controlled, the researchers said the attackers can “do whatever they want,” including, controlling the virtual currency transactions, and acquiring other financial and privacy data in the EOS network participating node systems, such as an exchange Digital currency, the user’s key stored in the wallet, key user profiles, privacy data, and much more.”

Although it is not clear whether the voting system used in West Virginia is based on the Blockchain 3.0 platform there is urgent need for action. EOSIO set up a bug bounty program (3) to improve their code. But should we rely on bug bounty programs for such important issues like elections or patient safety?

From the Qihoo 360 security researchers report (4) we learn that the vulnerability is created by “a buffer out-of-bounds write” error. This means that this vulnerability could have been avoided by performing a static code analysis prior to release.

The big question is: How many errors of this type are still included in the blockchain infrastructure? A bug bounty program is a good approach to improve security, a static code analysis is indispensable in my view. In particular when the outcome of an election can be influenced or patient safety is endangered.

Have a great week.